Dyesol, global leader in the development and commercialization of Perovskite Solar Cells (PSC), has announced that it has appointed VDL Enabling Technologies Group to assist in the development of a Major Area Demonstration Prototype. The 1st Phase contract involves a specialist engineering study resulting in the preparation of a Feasibility & Functional Specification for Perovskite Major Area Demonstrator development. This phase will be conducted over a 4 month period commencing immediately. It is expected that upon the successful completion of the initial study, a 2nd Phase of design and development will follow, and the 3rd Phase will be Realization. The 3 phase project is expected to be completed in the 1st half of 2017. Dyesol considers the manufacture of a Major Area Demonstration Prototype as a critical step in the…

Researchers from the Universitat Jaume I and the Universitat de ValÃ¨ncia have studied the interaction of two materials, halide perovskite and quantum dots, revealing significant potential for the development of advanced LEDs and more efficient solar cells.

The researchers quantified the “exciplex state” resulting from the coupling of halide perovskites and colloidal quantum dots. Both known separately for their optoelectronic properties, but when combined, these materials yield longer wavelengths than can be achieved by either material alone, plus easy tuning properties that together have the potential to introduce important changes in LED and solar technologies.

Quantum dots (QDs) are a family of semiconductor materials with very interesting light-emitting properties, including the ability to tune what wavelengths light is emitted at. They are also useful in both LEDs and solar cells. Combining QDs and perovskites creates a new exciplex state in which light can be emitted at much longer wavelengths, reaching well into the infrared spectrum, while also allowing control over its emission color via applied voltage.

Each material â€”the perovskite, the QDs and the new exciplex stateâ€” emits light at a different color, each of which can be weighted within the overall light emission to pick out the desired color. This means LEDs can be designed that emit light over both the visible and infrared spectrum simultaneously, which has applications in the field of telecommunications.

Researchers at EPFL have designed an ultra-sensitive carbon nanotube-based photodetector, sensitized with perovskite nanowires which make it highly responsive. While carbon nanotubes are often used in photovoltaic and optoelectronic devices, light detection with pristine carbon-nanotube field-effect phototransistors is currently limited to the range of 10% quantum efficiency (the responsivity of the best carbon nanotube devices is around 0.1 A/W). Using perovskites, EPFL scientists have now fabricated a carbon-nanotube photodetector with responsivity as high as 7.7è„³105 A/W.The researchers at EPFL built the device and overlaid it with perovskite (CN3NH3PbI3) nanowires to sensitize its light-detection capacity. The extremely high performance is a result of the two materials working together: the perovskite nanowires can convert incoming light into free charge-carriers with high efficiency, while the carbon nanotube transfers the electrons to the detection… 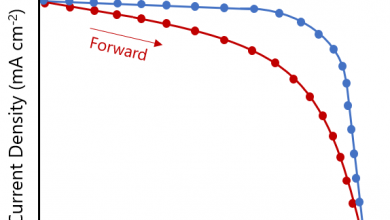 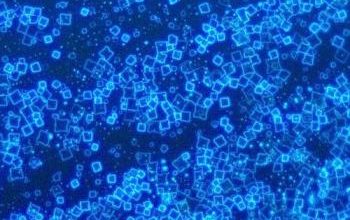