The biggest issue in the field of perovskites currently is long-term instability. This has been shown be due to degradation pathways involving external factors, such as water, light, and oxygen,7 and also as a result of intrinsic instability, such as degradation upon heating, because of the properties of the material.4 For an overview of the causes of perovskite degradation, see Ossila’s guide.

Several strategies have been proposed in order to improve stability, most successfully by changing component choice. Using mixed-cation systems (for example by including inorganic cations such as rubidium or caesium) has been shown to improve both stability and efficiency.8 The first perovskite cells to exceed 20% efficiency used a mixed organic cation system,9 and many of the highest-efficiency systems published recently use inorganic components. Movement towards hydrophobic, UV-stable interfacial layers has also improved stability – for example by replacing TiO2, which is susceptible to UV degradation, with SnO2.10

Stability has also been improved through use of surface passivation11 and by combining 2D-layered (Ruddlesden-Popper) perovskites (which show better intrinsic stability, but poorer performance) with conventional 3D perovskites.12 These efforts (along with factors such as better encapsulation)13 have vastly improved the stability of perovskites since their initial introduction, and lifetimes are well on their way to meeting industrial standards – with recent work showing cells able to withstand a 1000-hour damp heat test.14 For a more in-depth discussion of methods to improve perovskite stability, see Ossila’s guide.

Another issue yet to be fully addressed is the use of lead in perovskite compounds. Though it is used in much smaller quantities than those currently present in either lead- or cadmium-based batteries, the presence of lead in products for commercial use is problematic.  Concerns still remain about exposure to toxic lead compounds (through leaching of the perovskite into the environment), and some studies have suggested large-scale implementation of perovskites would require complete containment of degradation products.15 In contrast, other life cycle assessments have found the toxicity impact of lead to be negligible in comparison to other materials in the cell (such as the cathode).5

There is also potential for a lead alternative to be used in perovskite solar cells (such as tin-based perovskites), but the power conversion efficiency of such devices is still significantly behind lead-based devices, with the record for a tin-based perovskite currently standing at 9.0%.16 Some studies have also concluded that tin may actually have a higher environmental toxicity than lead,17 and other less toxic alternatives are required.

Another major issue in terms of performance is the current-voltage hysteresis commonly seen in devices. The factors impacting hysteresis are still under debate, but it is most commonly attributed to mobile ion migration in combination with high levels of recombination.18 Methods to reduce hysteresis include varying cell architecture, surface passivation, and increasing lead iodide content,19 as well as general strategies to reduce recombination.

To enable a truly low cost-per-watt, perovskite solar cells need to have achieved the much-heralded trio of high efficiency, long lifetimes, and low manufacturing costs. This has not yet been achieved for other thin-film technologies, but perovskite-based devices currently demonstrate enormous potential for achieving this. 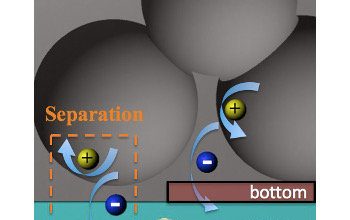